This is the gallery for Zeus

Zeus during the Great War

Zeus created the Blade of Olympus 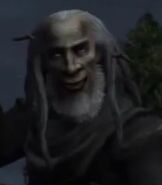 Zeus as the Grave Digger

Zeus stabs Kratos to death with the Blade of Olympus

Kratos experiences the wrath of Zeus from God of War II

Zeus convincing the Gods of Olympus to help him kill Kratos

Zeus during the Second Great War

Zeus threaten Kratos that he will kill Pandora

Zeus watching over the Chaos before Kratos

Kratos stabs Zeus (and Gaia) with the Blade of Olympus

The Evil that infected Zeus: Fear

Zeus dies at the hands of Kratos

The godly blade of Zeus

Add a photo to this gallery
Retrieved from "https://godofwar.fandom.com/wiki/Zeus/Gallery?oldid=110149"
Community content is available under CC-BY-SA unless otherwise noted.