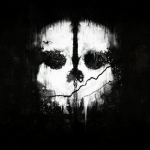 Why do you think is treated as noncanonical? It's never mentioned in the article on this wiki? I think that is considered to be canon, as for the comic series. It's a part of his story, although the events were never mentioned later in the franchise. They were redesigning Argos for God of War III but he became cut content because of Betrayal and the fact he didn't find so well in the story.

I hope this will clear things up and welcome aboard :).

Retrieved from "https://godofwar.fandom.com/wiki/User_talk:Soap1997?oldid=80767"
Community content is available under CC-BY-SA unless otherwise noted.