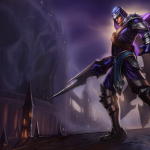 Hi, welcome to God of War Wiki! Thanks for your edit to the خاص:WikiActivity page.

Next time TheGhostMan curses or whatever on chat, take a Print Screen of it (make a picture, there should be a key on your key board) and submit it to one of the admins. Darkcloud1111~Fastest Hero Alive 13:53, March 2, 2012 (UTC)

Why on Earth would we need chat, if we have talk pages? You're the first one ever to ask this question. This hasn't bothered anyone before. And please create a title when you post a message. KratosGodofWar (Radi0n) 09:51, March 3, 2012 (UTC)

Hey Ramy. Yes, an account you create here is a universal account, meaning all **.wikia.com pages will automatically register you as a user on that wiki. I saw you talking to IceFireWarden14 about a blocked account. If that's what this is about, I would strongly advise against making another account, since that will indeed be considered multiple accounts for one user, and won't help you any further than you are now in resolving your problem. KratosGodofWar (Radi0n) 16:33, March 5, 2012 (UTC)

If there are no other reasons, other than multiple accounts, and lousy spelling, then no. Having multiple accounts is forbidden, but even then, I never blocked anyone for that, before telling them it was not allowed. Using customized shorter versions of words, "so y cn save spce" is not allowed either, although it is generally more a rule of thumb. Everybody should now, and it should be plain obvious from the general layout of articles on Wikipedia, and every **.wikia.com website. Again, I would have warned you against using that kind of spelling, rather than blocking you. KratosGodofWar (Radi0n) 17:18, March 8, 2012 (UTC)

What do you mean now you tell me? I don't have anything to do with this ban. You asked me a question, I merely answered. Yes, proper English is an unwritten rule on Wikipedia. It shouldn't even have to be explained or justified. It's clear as day. Whatever quarrel you have with IceFireWarden14, you're going to have to solve yourself. What wiki did he ban you from? If he won't unblock you, address an administrator of the Wikia Community. If your ban is unjustified, and IceFireWarden14 won't respond to your pleas, they'll help you. KratosGodofWar (Radi0n) 17:07, March 9, 2012 (UTC)

Retrieved from "https://godofwar.fandom.com/wiki/User_talk:Ramy2012?oldid=58006"
Community content is available under CC-BY-SA unless otherwise noted.