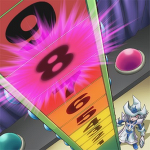 Hi, welcome to God of War Wiki! Thanks for your edit to the Kratos page.

This is the God of War Wiki, Not Age of Mythology

Stop posting stuff about Kastor, okay? This is the God of War Wiki. If you want to talk more about Kastor, go to the Age of Mythology wiki. You're only supposed to compare them, which is already in the trivia. Talking about Kastor is not part of it. So please, stop. KratosGodofWar (Radi0n) 14:19, February 12, 2011 (UTC)

These assumption should be left on trivia section, not the actual personality section. This is literally jumping to conclusion. Making connection and pattern where there is none. Shouldn't we be critical of this things? instead of adding up misleading information? Also, Tyr's page mention that he has elemental manipulation ability. This is extremely misleading. There is NO indication of that. Am I supposed to agree to it because someone and his friend believe it? Should I believe someone else's fanon is actually canon to the story?

Can you please stop removing parts of the trivia and directly replacing it with your own vague statements ike "Vanir magic is superior to Olympus" whch does nothing to further elaborate on how exactly the curse works or its possible creation methods. Simply add on to the existing trivia. The notion that Freya travelled the world during the creation of her curse is not only plausible (since that is what she did in original mythology), but it is also highly likey and would explain how she knows Kratos' name despite him never telling her.

The very fact that Sindri has mistletoe arrows is not a coincidence. It is supposedly the only thing in the entire world that can break Baldur's invulnerability. Your assumption that Sindri would tell the duo of the nature of Baldur's curse if he already knew the weakness is incorrect. For both him and Brokk knew that Laufey was a Jotunn (giant) and did not bother telling Kratos or Atreus this until after they had already found out, even though it would obviously have helped a lot during the journey and would have made them realise exactly why Baldur was chasing them. Clearly the Dwarves know a lot more than they let on.

Also just for the record, Sindri remarked the arrows were straighter than Heimdall. Regardless the way he describes the arrow shape is entirely irrelevant to their relation to the subject of the curse - EvasiveAction, 17:13, 7th January 2019

Retrieved from "https://godofwar.fandom.com/wiki/User_talk:Malikishak91?oldid=110763"
Community content is available under CC-BY-SA unless otherwise noted.