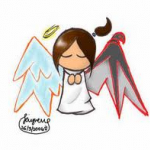 aka Does anyone care?

Hi, welcome to God of War Wiki! Thanks for your edit to the God of War II page.

dude I dont know what magic you are talking about if it was cut from the game then I havent seen it. but if you need help with anything else I know about god of war and its series I will help you. User:KRATOS

yes you were right dude I saw the weapon it looks like Athena's blade a Little but was blue and could shoot air combos but it was unfortunately cut from the game User:KRATOS

I would strongly suggest creating the pages and then linking the articles, just so there are no broken links at all; I can help if you'd like. I would also advise asking an admin if you wish to change the look of certain articles on the site quite drastically (the large amounts of categories at the bottom). I'll just add that I'm not against what you're doing, I just think it'd be better to do it when all of the pages exist (like Divine Reckoning). Shmeagle Two wrongs don't make a right, but they do make a good exuse 20:41, January 13, 2013 (UTC)

I deleted them simply because they have never been on the wiki before and may seem unneeded to others. Forgive me for perhaps sounding awkward but, I think it would be a better idea if you were to ask an admin or consult a group of members on the wiki just to make sure it's fine with everybody else; it probably will be, I think it's just best to confirm everyone's approval. Shmeagle Two wrongs don't make a right, but they do make a good exuse 21:09, January 13, 2013 (UTC)

Although I am aware of the majority of Wikis having them, we never have. Personally, I think it'd be best to check with, like I've stated before, an admin - it'd prevent any unforeseen problems. I agree that the chance of anyone disagreeing is slim, but I still feel it'd be best to check. Shmeagle Two wrongs don't make a right, but they do make a good exuse 21:19, January 13, 2013 (UTC)

Retrieved from "https://godofwar.fandom.com/wiki/User_talk:Gage_key_bearer?oldid=67338"
Community content is available under CC-BY-SA unless otherwise noted.