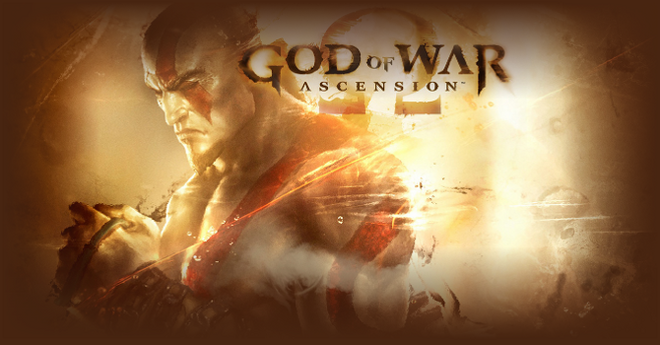 Kratos is back in another God of War, this time a prequel. While this isn't a continue of the main story per se, God of War: Ascension is a full title, with no punches pulled. But does the game measure up to past success?

Check out the critical response below and let us know your thoughts in the comments section!

"God of War has never looked or played better than this. Kratos has never been as deep or interesting as this. They've set the bar so high that I have no idea how they'll be able to follow this one up. Sony Santa Monica should be proud. Series fans should be proud. "

"While many find the God of War series to be repetitive in its formula, it continues to deliver a refreshing take that satisfies the core fan base. And though the campaign is shorter and the number of epic boss fights leaves you wanting more, this is the most human we have ever seen Kratos and the story compels you to him unlike ever before."

"The single-player is where you should spend your time. No, it doesn't quite reach the audacious and rage-filled moments of God of War: Ascension's predecessors, nor does it move the series forward in any way, but it's skilfully put together, and wonderfully satisfying to play."

"There’s a base level of quality that hasn’t slipped from the excellent God Of War III – this looks even better, puts things onscreen that are, somehow, even bigger. But this technical muscle isn’t given the best stage on which to oil and flex, thanks to a story that simply idles the roaring engine of death that is Kratos, and keeps the series ticking over until the next, more substantial step forward."

"While the single-player will leave something to be desired, you'll find more than you need to stay entertained in online matches and the challenges, levels, and weapons therein. Kratos may have a lot of miles on him, but the gladiators that take to the online colosseum are fresh and eager for blood. If you're a fan of the series, you've got to take a demigod-sized leap and dive in."

Thought It Was OK

"Paired with a campaign that does little to enhance your understanding of Kratos' journey, this multiplayer addition is where God of War starts to break down. Ascension is a car riding in the spectacle slipstream of its predecessors, never quite able to surpass them."

"God of War: Ascension is a highly polished action-adventure game—and probably one of the strongest we’ll see from a technical standpoint this year. But the soul of what made this franchise great is lost here, as this ultimately feels like a last-ditch attempt to squeeze in one last Kratos appearance this console generation."

"The campaign feels derivative and lacking the forceful confidence that made the series a showpiece for cinematic character-driven action games. When Ascension works, it still does what no other game save God of War manages to achieve. But it lacks the vision and force to stand up to the rest of the series."

"While this series’ singleplayer template is showing its age, there’s plenty in Ascension’s multiplayer that deserves to survive the transition to PS4."

God of War: Ascension has received no negative reviews as of yet.

Retrieved from "https://godofwar.fandom.com/wiki/User_blog:JAlbor/God_of_War:_Ascension_Review_Roundup?oldid=70377"
Community content is available under CC-BY-SA unless otherwise noted.