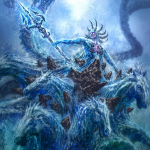 I'm just another guy in the world who likes God of War. What else can I say? It's a great series, with several awesome games and a nice story. I have played every God of War game by now.

I love Greek mythology since I've discovered Percy Jackson, and like to research about every character I hear of - just to see Kratos killing off him/her later, hehe. But seriously, one of the best things in God of War is how they respect the original myths for most of the times and give life to each person, god and monster in an awesome way. That's why I like it so much.

For now, I'm a little inactive in the wiki, but if anyone needs help with anything, or wants to start a discussion about mythology or the games, just call me. Maybe I can help out somehow (:

Retrieved from "https://godofwar.fandom.com/wiki/User:Uglyguy25?oldid=85780"
Community content is available under CC-BY-SA unless otherwise noted.