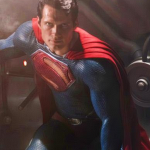 Born on European soil,
speaks no less than three languages (English, Dutch and French),
and thinks the God of War series is the best thing that ever happened to the gaming world.
Seeks to do as much editing and correcting on these pages as humanly possible,
even if it has already driven him to the brink of madness...

Retrieved from "https://godofwar.fandom.com/wiki/User:KratosGodofWar?oldid=60161"
Community content is available under CC-BY-SA unless otherwise noted.