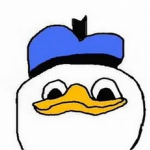 i love these dudes

My favorite god of war games

God of War - this actually made me epic the blade of artemis rocks the combat is smooth army of hades ruled !! .

God of War ll-this classic one was great cronos' rage ,atlas quke , rage ability the combat is so crazy and fun. i think 9.0/10

God of War : Ghost of sparta- this made me proud of my PSP the arms of sparta made me feel like a real spartan.

God of War lll- this was great nothing else to say but less crazier good anyways.. 9.5/10

God of war : Ascension-suck it xbox this ruled the elemental stuff were awesome plus the multiplayer 9.9/10.

God of War : Chains of Olympus- i think this is better than the ps3 version due to sexier graphics smoothest combat ever gauntlet of zeus rocked level design is ok i guess so a 9.7/10.

Jerks in God of War

Thanatos- he killed deimos thats all

Zeus- not because he killed kratos but he sent poseidon to die first damn you zeus!!

Athena- she might be noble kind and aid kratos but he didnt removed kratos' nightmares and she even stopped kratos from killing zeus.

Retrieved from "https://godofwar.fandom.com/wiki/User:Ilovekratos?oldid=72677"
Community content is available under CC-BY-SA unless otherwise noted.