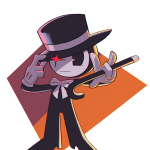 Hello my name is DaemonTheDemon but you could call me Daemon. I'm a huge God of War fan and I especailly can't wait to get God of War: Ascenision. I have all the games in the god of war series and I'm an animator and an artist, and as you can see I'm also a fan of creepypasta and a loyal Slenderman fan. I'm into hack and slash games liek God of War, Darksiders, and others. I also listen to music quite alot, and if you have anything to ask let me know or if you want someone to talk to I'm your guy.

Retrieved from "https://godofwar.fandom.com/wiki/User:DaemonTheDemon?oldid=68807"
Community content is available under CC-BY-SA unless otherwise noted.