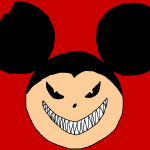 First God of War I've played, was God of War II in 2006. Now all those years later, it's still one of my favorite games. I've played all six games (I refuse to see Betrayal as a real title, despite it's consider being canon) but overal it is one of the best series ever made, together with series as Darksiders, Sly Cooper and The Batman Arkham Series.

This is my top 6 GoW games:

There are several satiric cartoon comics about God of War, these are my favorites. I found them on the Belgian/Dutch site: Playstationpure 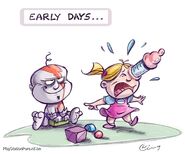 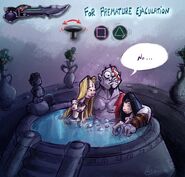 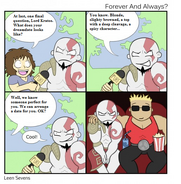 Credits goes to Leen Severs from OPM (Translated)
Add a photo to this gallery
Retrieved from "https://godofwar.fandom.com/wiki/User:Belgiansparten?oldid=85612"
Community content is available under CC-BY-SA unless otherwise noted.