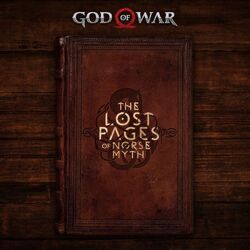 Learn about the history of Týr, whose attempts to build a glorious temple that allowed travel between the worlds ended in tragedy.[6]

Retrieved from "https://godofwar.fandom.com/wiki/The_Lost_Pages_of_Norse_Myth?oldid=100871"
Community content is available under CC-BY-SA unless otherwise noted.