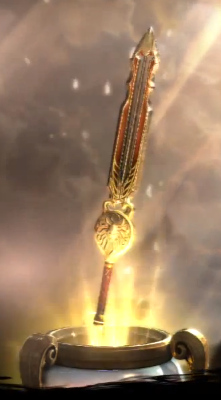 The Sword of Perseus is a DLC weapon for God of War: Ascension's Multiplayer. It's a long and strong sword with a carving of Medusa's head on it. It was specially created for co-operative moves.

Retrieved from "https://godofwar.fandom.com/wiki/Perseus_Blade?oldid=114044"
Community content is available under CC-BY-SA unless otherwise noted.