Mimir is the God of Knowledge and Wisdom and an ally of Kratos and Atreus. He was Odin's advisor and ambassador of the Gods until Odin imprisoned him 109 years ago. He is the tritagonist in God of War.

Mimir, meaning "the rememberer" or "the wise one" in Old Norse, is a figure in Norse Mythology who is renowned for his knowledge and wisdom. He is beheaded during the Æsir-Vanir War. Afterward, Odin carries around Mímir's head and it recites secret knowledge and counsel to him.

Mimir was imprisoned by Odin under the belief that Mimir collaborating with the giants in hiding their realm. Before then, Mimir was Odin's primary adviser and ambassador to all the other realms. Unlike the Aesir, Mimir sought to make peace between the realms, as he believed it was the best plan to avert Ragnarok. However, Odin rarely listened to such advice and often led many wars, particularly with the Vanir and the giants. When the war with the Vanir enacted untold devastation and left both sides weary, Mimir suggested a truce: Odin would marry his deadliest enemy, the leader of the Vanir, the goddess Freya. After much convincing, Odin and Freya agreed to the terms, thus ending the war. However, Mimir's efforts to preserve peace would be stymied by Odin's paranoia, his obsessions with prophecies and allowing his son, Thor, to go on a killing spree on the giants, after the Aesir king was expelled him from their realm. Thus, much like with Tyr, Odin confronted Mimir, suspecting that he aided the giants. As punishment, Odin imprisoned him in Midgard on its tallest peak within a tree where its roots were made indestructible, not even Thor's hammer could break. In addition, Odin, removed his left bejeweled eye and had it hidden. Up until he met Kratos, he was tortured by Odin himself on a daily basis.

Baldur, the son of Odin and Freya, along with his nephews, Magni and Modi, confronts him and attempts to bribe him with freedom in exchange for revealing Kratos and the boy's whereabouts, but Mimir was unable to locate them due to a concealing rune placed on the pair by a witch. Even if he could, Mimir knew that Odin would never release him, no matter what Baldur would say to his father, nor would he allow Baldur to kill him. As such, Mimir demanded the trio to leave.

Almost immediately after Baldur leaves, Kratos and Atreus reveal themselves to Mimir. Mimir introduces himself to the two. When Atreus describes their journey to the tallest peak in all the Nine Realms, Mimir states that Atreus is mistaken about choosing Midgard's tallest peak, as the tallest peak in all of the realms is in Jötunheim. He also reveals that he can open the last known gate to the realm.

In return, Mimir asks Kratos to cut off his head, explaining that after over 100 years of torture, his current state is not living at all. Kratos agrees to do so but Atreus cannot bear to watch and leaves, and when he does so, Mimir tells Kratos he must reveal his past to Atreus and the longer he waits, the more likely Atreus will grow resentful of him. Kratos then cuts off his head, temporarily killing him.

His lifeless head is brought over to Freya's home, where she revives it. It is quickly revealed that the two have a bad relationship, evidently after Freya spat in his face. Mimir also reveals Freya's identity, and in return learns that she never revealed it to Atreus and Kratos. Freya warns Kratos that Odin's wrath will be coming quickly now that Kratos has Mimir, and Kratos storms out of Freya's home. Mimir then becomes part of the traveling company of the Spartan and his son, lending his considerable knowledge of the realms, insight on the depraved, violent nature of the Aesir gods and of the tragedies caused by wars throughout the ages. He also tries to mend the strained relationship between the father and the son.

When he is first found, Mimir is shown to be embedded within a tree. He has two small horns on his head and a growing, grey beard. He is missing one of his glowing, golden eyes. He eventually is decapitated by Kratos and brought back to life, though he still looks the same. Later, Kratos and Atreus retrieve Mimir's other eye, and put it back in his head, and find that it still works.

During battles, Mimir serves as a second pair of eyes for Kratos, normally alarming the Spartan that an enemy is attacking from one of his blind spots.

Mimir is well-mannered, kind and possessed a cheery if not sarcastic and witty sense of humor. Even in his beheaded state, Mimir tries to make the most of the situation, finding it better than imprisonment. Mimir often has a wealth of information regarding the deities, monsters, civilizations, the Nine Realms and famous figures of the Norse mythology. Mimir also uses to end most of his phrases with the word "brother", possibly as a form of camaraderie to Kratos and his son Atreus, whom he sometimes calls "little brother".

Being a part of the traveling company of Kratos and his son, Mimir becomes something of a balancing force between them, teaching Atreus to use his abilities for good and often advising Kratos to be more open about the truth of his past. To that end, Mimir demonstrates that he is emotionally sensitive and insightful to the potential impact that Kratos's distant attitude towards Atreus could have. He also was the first to notice the dark change in Atreus's behavior once he finally learned of his godly heritage and thus tried to instill the ideals that figures like Tyr stood for, using one's powers with wisdom and for good. When this shift in behavior began to fracture the already tense bond between Atreus and Kratos, Mimir did his best to address the issue carefully.

Quickly, Mimir proved to be a loyal ally and friend to Kratos and his son, helping them find the realm of the giants all the way. Mimir also expressed great concern and worry for Atreus when he began to grow ill after the battles with Magni and Modi. He even begged Baldur to stop attacking Kratos and Atreus, offering to do whatever he wanted but of course, his pleas fell on deaf ears.

Despite his bright personality, Mimir possesses a great deal of anger and resentment towards the Aesir gods, Odin and Thor in particular. He finds a great majority of them to be hedonistic, paranoid, arrogant, warmongering and the ones to blame for the tragedies the Nine Realms have endured. Before his imprisonment, Mimir did his best to try to bring and make peace between the realms wherever he could, such as advising Odin to marry Freya to end the conflict between the Aesir and Vanir gods.

In contrast to the Aesir gods, Mimir held Tyr in the highest esteem, believing him to be a great leader who fought for peace, knowledge, and understanding, not for power and control.

Even though he is part of the Norse mythology, Mimir is aware of other mythologies and their pantheons, mentioning in Tyr's vault about the Egyptian gods and of the Greek pantheon in Helheim. With the Greek gods, he also knows of their demise, which he claimed was a long time coming. However, he never knew who did it until Kratos took him along.

Mimir has proven himself to be quite humble, an oddity for a god, as while he takes pride in being the Smartest man alive, he admits when there are "gaps" in his knowledge or when dealing with something he has never seen before. He has also shown great respect to Kratos and Atreus's journey to Jotunheim, and asked to be left behind in Tyr's Temple as this moment was important for Kratos and Atreus, thus he didn't want to ruin the moment. The Spartan and his son would come to be fond of Mimir, in that they took him home with them once their journey was over.

Mimir: Your father was Zeus? I finally understand! I'm dangling from the hip of the bloody Ghost of Sparta.

Kratos: Do NOT call me that.

Mimir: Don't mistake me, brother. From what I heard, the pantheon had it coming. But it's still a bit to take in. I knew you hate gods, but you really can't stay away from them, can you?

Kratos: You must say nothing to the boy. He must never know.

Mimir: Bollocks, brother, respectfully, bollocks. He has to know. He'll never be whole without the truth. Look, I get it. You hate the gods. All gods. It's no accident that includes yourself. And it includes your boy, don't you see that? He feels that! He can't help what he is. He can't begin to help it, because you haven't even told him. It's all connected, man!

Kratos: You... will tell him nothing.

Being a god, Mimir is stronger than a mortal, but now his body is left in the place Odin imprisoned him. Only his head is reanimated and have to rely on Kratos and others to move.

Nigh Omniscience: Being the God of Knowledge and Wisdom, Mimir knows almost everything in the Norse mythology, every deal, war, corner of all nine realms, even calling himself the smartest man alive. Mimir can speak and read every language, even dead tongues like Jormungandur's. His knowledge can reach to other worlds such as the Greeks: he knows about Greek gods and said that Kratos is the Ghost of Sparta, the past he tries to forget. Despite all that, there is something he does not know, such as to why Odin wants Kratos and his son. The only exception is Baldur's weakness: Mimir knows about it (the mistletoe), but Freya makes him unable to remember or forces him to not speak about it to anyone due to her magic, until the final battle when Baldur is stabbed by the mistletoe, Mimir claims that he now remembers.

Magic eyes: Mimir has a magic eye made of jewels that is capable of revealing secrets in Tyr's storeroom and project images. He lost his left eye that Odin took it, but the Allfather placed it in Thor's statue that Jormungandur ate, but later in the game, Kratos and his son found it and returns it to him in order to use Mimir's eyes as a Travel crystal to open the gate to Jötunheim. 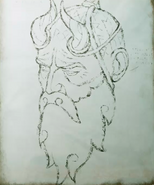 Mimir
Add a photo to this gallery
Retrieved from "https://godofwar.fandom.com/wiki/Mimir?oldid=102219"
Community content is available under CC-BY-SA unless otherwise noted.