God of War Wiki
Register
Don't have an account?
Sign In
Advertisement
in: Characters, Females, Greek Goddesses,
and 7 more
English

Goddess of the Hunt,

God of War
Artemis is the Olympian Goddess of the Hunt. She is the daughter of Zeus and twin sister of Apollo.

Artemis was a popular and widely worshiped deity across the Hellenic world. Aside from the usual hunting, she ruled over forests and wild beasts, archery and disease. She was also a protector of young and unmarried women.

After the birth of the twins Apollo decided to go hunt down Python the earth-dragon of Delphi that was sent by Hera to kill their mother. With the dragon defeated Hera then sent the giant Tityos after their mother, Leto. Artemis and Apollo battled and defeated the giant together. After their victory Zeus stepped in and imprisoned Tityos in Tartarus.

When Artemis and Apollo were still young the twins had been sent by their mother to kill the children of Niobe. The mortal bragged about having more kids then Leto this upset the Titan goddess. Not wanting to see their mother sad or angry Artemis and Apollo quickly wasted no time in killing the children. Apollo killed Niobe's boys and Artemis killed Niobe's girls. The twins have shown in the fight with the Python, the fight with Tityos and the punishment of Niobe that they will protect their mother.

Artemis was a virgin goddess and demanded chastity of her mortal companions, so she had no offspring or lovers. The great hunter Orion did woo her, but a jealous Apollo sent Skorpius to kill him. The giant Scorpion was summoned when Orion started killing to many animals, an act that Apollo knew Gaia would despise. So the sun god used this to his advantage this allowed him to have control over Skorpius.

Because of her beauty and virginity many males such as Adonis, Actaeon, the river god Alpheus and many others tried to win the love of Artemis but to no avail. Orion had been the only one who came close only for their love to tragically end with his death. Actaeon was turned into a deer and killed by his own hounds for watching Artemis bath and for bragging about his hunting skills. Adonis was killed by a boar because Artemis wanted revenge on Aphrodite for killing one of her hunters.

When Aphrodite killed Hippolytus, one of the male hunters who chose to follow Artemis because the goddess of love couldn't woo him over, Artemis asked for Asclepius to revive the hunter. He agreed but it was an act that would cost him his life, as Hades took offense to it and asked Zeus to kill him. As for Artemis she decided to kill Adonis one of Aphrodite's lovers in an act of vengeance. However the hunting goddess didn't act alone Ares the god of war heard about Aphrodite having another lover so he decided to help Artemis kill Adonis. The two received news of the mortal from Apollo who also wanted revenge on Aphrodite for blinding one of his children when he saw the goddess of love with Adonis. Together they sent a boar to kill Aphrodite's young mortal lover because Adonis liked to hunt.

Like the other gods and goddesses Artemis had her mortal champions. Atalanta was greatest out of all her champions. The human Atalanta was left in the woods as baby Artemis sent a female bear to raise the infant. Atalanta eventually left the forest and traveled to the human cities.

Atalanta was one of the heroes to help take down the Calydonian Boar. Artemis sent the beast to attack Calydon because king Oeneus forgot to sacrifice the first fruits of harvest to the goddess. After the boar was killed Atalanta gave the boar's hide to Artemis as an offering in replacement of the fruit.

Artemis, Apollo and her mother Leto sided with Troy during the Trojan war. Artemis fought against Hera but the queen of the gods defeated Artemis by knocking her bow, arrows and quiver on the ground. Then Hera took Artemis own weapons and boxed the hunting goddess' ears with them. After the war Leto picked her daughters weapons and gave them back to Artemis.

Artemis takes part in the Wager of the Gods, choosing Pothia, Queen of the Kerosians, as her champion. Appropriately, she curses the tribe with stillborn children to force them to search for the Ambrosia, but Pothia's death at the hands of Kratos disqualifies Artemis from winning. She is the only God who does not retaliate against Kratos for costing her the wager. 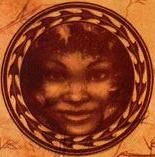 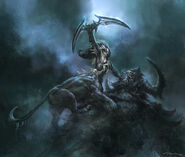