Lmao I kinda did Aphrodite twice, I just couldn't stop tbh and yeah I thought of all the men there Kratos would satisfy persephone the best

Perhaps it's because Aphrodite is actually the goddess of Love and well pleasure but Persephone was like damn what a chick, did you see her back though?

A reply to John GOW
0

Aphrodite is hot but got nothing on Persephone tbh, that dress she wore made her atleast 10 times more doable if anything

A reply to John GOW
2

Oh yeah, persephone was man, I would do her for sure kinda woman, can't really blame Hades on that part

Now I'm more than intrigued, however aiding Kratos despite of his past considering how Karma Is valued in the Hindu Texts and Manuscripts is another fallacy maybe they might as well show them to not care of his actions as long as he doesn't disbalance the nature is more legit

I'll take only riot as an exaggeration, but yeah the game's definitely getting suspended but the idea would be nice if you aren't making Kratos face the actual Supreme God's because they are Universal and much more beyond that and out of all God's we've witnessed Kratos face weren't to fall in the category

Hindu Mythology although terming it of as controversy would be an understatement, it would initiate a mass riot, people might mass subjugate Santa monica over it, there will be world wide condemnation, and much more.

They worship and breathe there deities like anything one has ever seen before further more, if I were to take some other things in consideration aside from the rift, it would be intriguing because the highest of God's we've ever witnessed is Zeus and his Hindu Equivalent is termed 'Indra' who's a deva and not a god in Hindu Mythology, but the Triad of supreme God's above Him Actually run the world, so if you were ever to show that Kratos could ever face let alone beat any of them would be a logical Fallacy, so all in all you just can't make Kratos face God's he just can't possibly beat.

True, I would've loved that, man they used to and they are still making masterpieces and than people ask me why I love Gow

Didn't have much options in the gow1, fight with ares turned out to be quite easy

The final fight with Zeus is clear

I absolutely loved how they spun a story frame around Persephone, it kinda satisfies her motive for trying to bring in the apocalypse, I mean we all do know about her sweet history with Hades, so it's justified that why would she want to destroy the pillar of balance.

Persephone
A reply to Shuklayash
0

A reply to John GOW
0

I just finished God of war 2005 again and read the book along with it, and I conclude that this shit is too deep and intriguing. 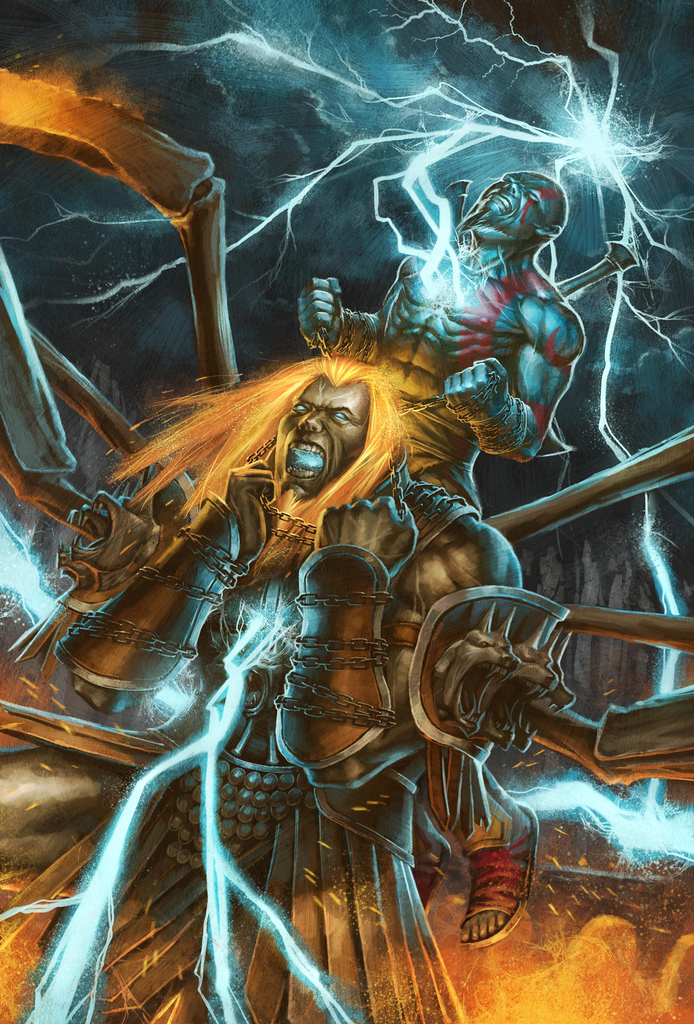 KratosAres
A reply to Handy Leahey
0

I wrote that makes sense due to the very fact that he met us in tyr's vault but I am not ruling out any possibilities.

A reply to Handy Leahey
0

@Breadbeard05 that makes sense but it could be Odin as well, who knows.

Zeus
A reply to John GOW
2

I am shocked right now tbf.